This article describes how to use the editor camera.

To temporarily focus on certain objects, it is possible to make objects invisible.

Note that ‘hide unselected’ may hide lighting nodes, which can turn your level very dark. You can either activate ambient lighting in your scene, or switch the render mode to ‘Diffuse Color’, if necessary.

The hidden state of objects is not saved in the scene. Also Play-the-Game mode and ezPlayer always show all objects. Similarly, the hidden state only excludes objects from rendering, not from simulation.

You can store up to ten favorite editor camera positions using CTRL + 0-9. You can then jump back to that position by pressing the respective number key.

You can also create a camera component in the scene at the current editor camera location and assign it a shortcut, by pressing CTRL + ALT + 0-9.

Since level cameras are simply objects in the scene, they will be saved in the scene and therefore are shared with others. This can be used both for game play relevant cameras, as well as to just save some useful locations. Camera components that are not actively used for rendering, have no performance impact.

The editor camera uses a fixed field of view (FOV). The FOV can be changed in the preferences. 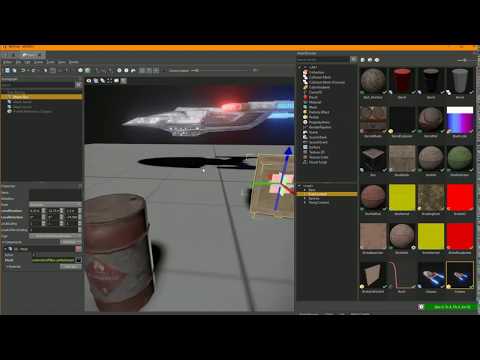